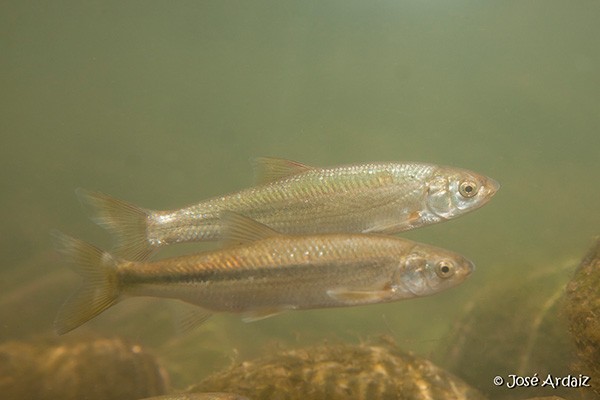 The Ebro nase is a brown fish that can reach 20 cm in length. It feeds on invertebrates and aquatic plants, and inhabits the middle courses of rivers forming large schools. Its breeding season is between April and June.

It is a species which only lives on the Iberian Peninsula and is mainly distributed along the rivers of the eastern Cantabrian watershed, in the Ebro basin and in some Mediterranean basins (Doadrio, 2001). The introduction of exotic species, the presence of water infrastructures and water pollution are considered the most important factors behind the decline of some populations.
According to data from URA and the Provincial Council of Gipuzkoa’s monitoring networks, the Ebro nase population has increased in the Basque Country over the last decade and a half.
It has been designated a keystone species in the SAC River Leitzaran. The removal of obstacles on the lower reaches of the river features among the conservation measures defined for the species.