Environment organizes this Saturday day 9 a training day aimed at twenty fishermen and fishermen to meet and recover Bidasoa salmon. The appointment will take place in the palace of the Natural Park of Señorío de Bertiz from 10 am.

This activity is part of the volunteer program “Sponsor a salmon from Bidasoa”, organized by the General Directorate of Environment, through the LIFE IREKIBAI project, which in the Regional Community is coordinated by “Environmental Management of Navarra” (GAN / NIK) Through this initiative, fishermen and fishermen can help the recovery of this species and improve their knowledge. Its purpose is to give fish specimens a second chance to reproduce, while still enjoying the practice of fishing.

During the day another similar experience will be known, specifically the Arca Project that is carried out in Asturias, by the hand of Enrique Berrocal, a member of the Las Mestas del Narcea Fishermen’s Association. This specialist will influence the necessary practices during the capture of the salmon that will help him recover so that he can survive after being caught. In this regard, it should be noted that experiences carried out in other places have shown that the promotion of sustainable fisheries and collaboration between fishers, fishers and public administrations is necessary to definitely recover salmon stocks.

Through the voluntary donation of freshly caught salmon, it is possible for them to be returned to the river channel after marking them with an emitter, which allows them to periodically know their movements along the river. Thus, it will be possible to know better aspects as important as their survival, dates and flows of migration, or the reproductive success of each salmon individually. In addition, the donor fisherwoman or fisherman may be informed of the evolution of the salmon she has sponsored.

Another option is to transfer the donated specimens to the fish farm of Oronoz-Mugairi, where they will become breeders to give rise to fry, which will serve as reinforcement of the natural population of the species in the Bidasoa.

This volunteer program is part of the river custody protocol signed with several fishing associations in the Bidasoa basin and the General Directorate of Environment of the Government of Navarra, thanks to the support of the LIFE IREKIBAI project.

The signing of these protocols aims to consolidate the joint work in fish management that has been carried out since its origins, as well as to advance in the realization of more environmental conservation and dissemination activities among its associates and among the citizens. Its objective is that the conservation of these ecological values ​​results in the benefit of the fish species and the habitats of the basin, but also of the localities involved. 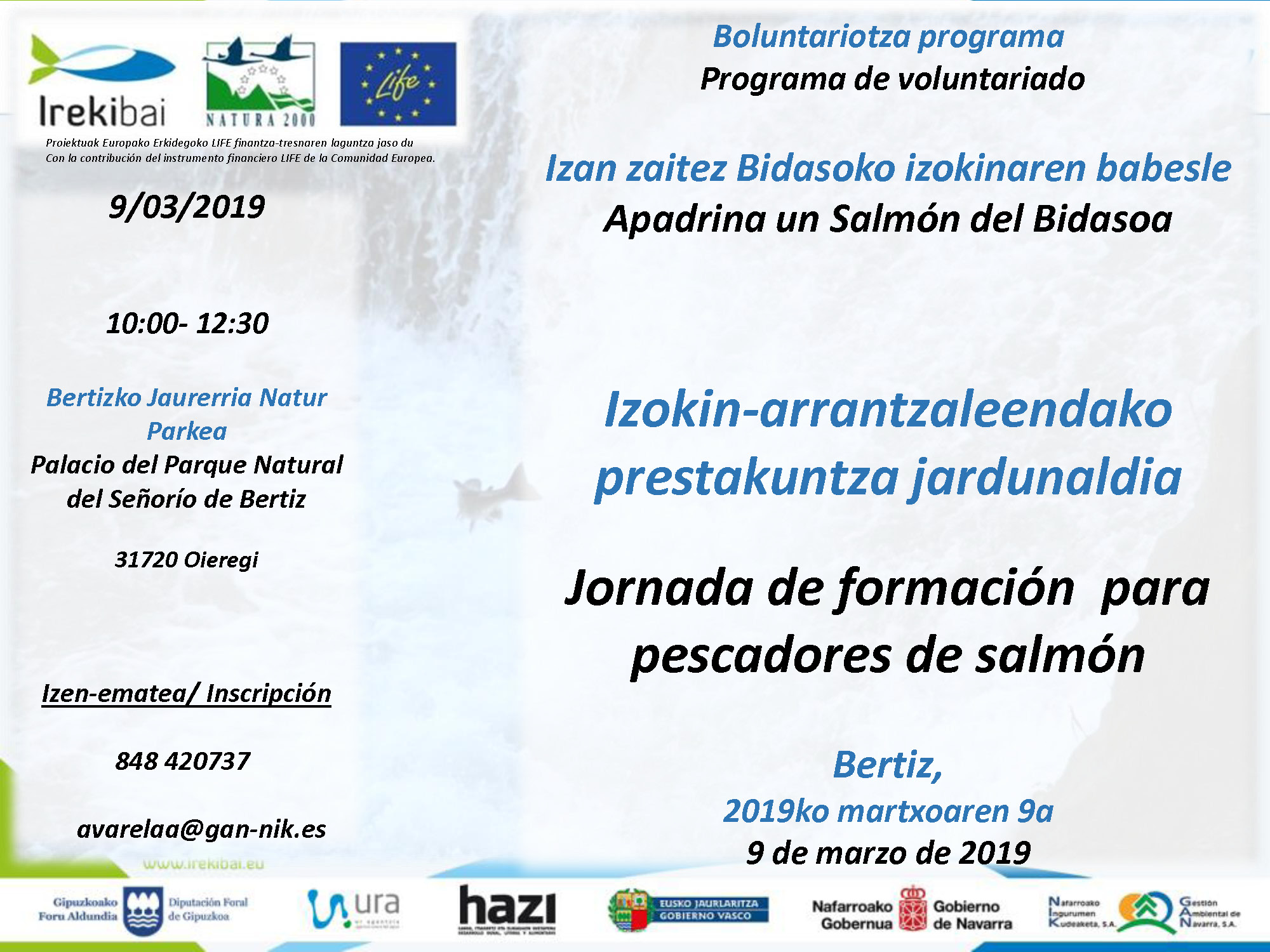 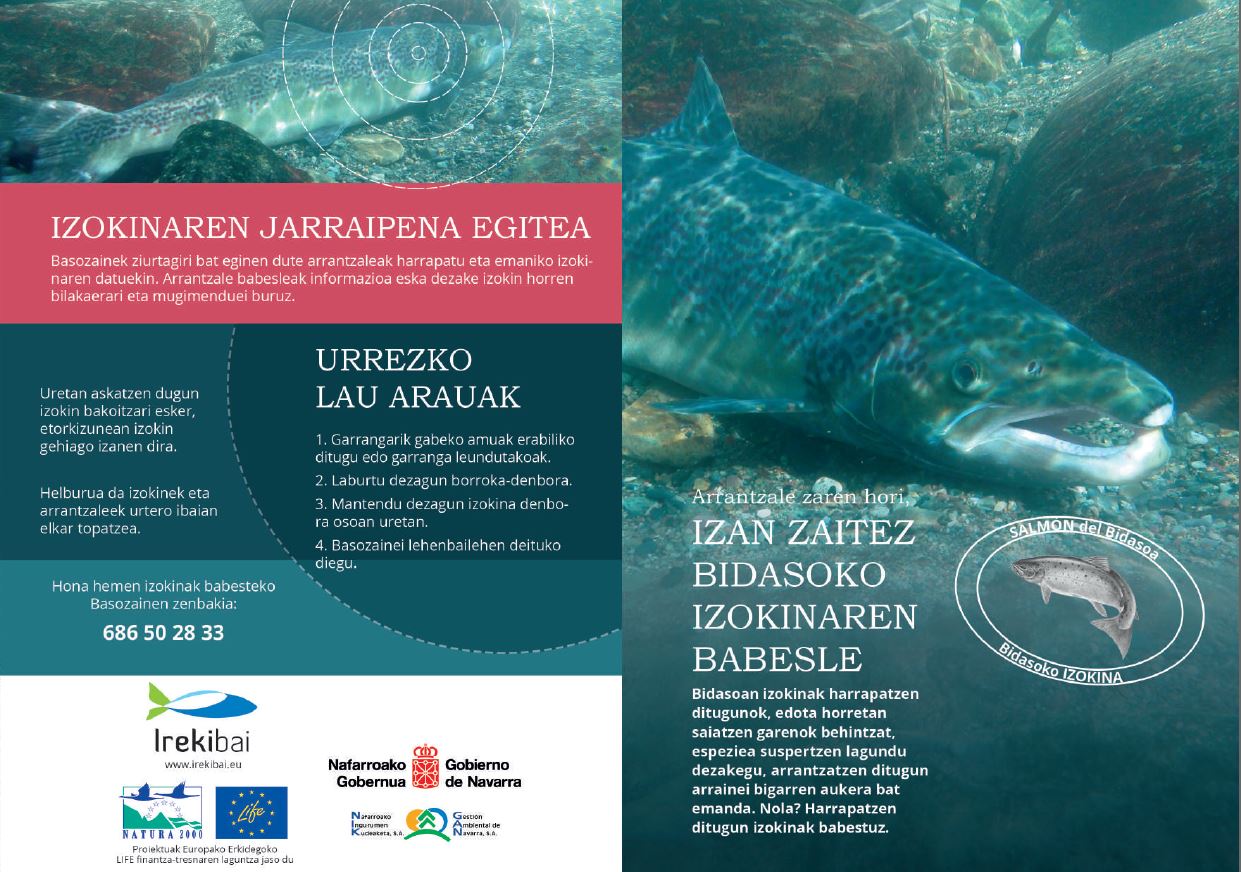