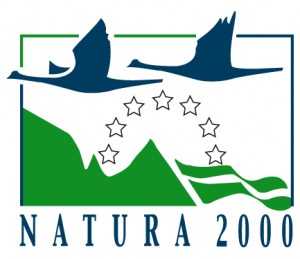 The “Natura 2000” network consists of a set of natural spaces designed to halt the loss of biological diversity and combat the deterioration of natural resources in Europe.
The Spanish network was founded in November 2006.

The Natura 2000 network is a European environmental network of biodiversity conservation areas. The continuing deterioration of natural habitats and the threats posed to certain species are one of the main concerns of European Union (EU) environment policy. Directive 92/43/EEC of 21 May 1992 on the conservation of natural habitats and of wild fauna and flora (the Habitats Directive) intends to help to maintain biodiversity in the Member States by defining a common framework for the conservation of wild plants and animals, and habitats of Community interest. The Habitats Directive established the Natura 2000 network, the largest ecological network in the world. It comprises special areas of conservation designated by Member States and special protection areas classified pursuant to the “Wild birds” Directive 2009/147/EC. Annexes I and II to the Directive contain the types of habitats and species whose conservation requires the designation of special areas of conservation.

Annex IV lists the priority habitats or species (in danger of disappearing) in need of particularly strict protection.

Thanks to its great biodiversity in terms of habitats and species, Spain is the European country with the greatest surface area included in the Natura 2000 network.