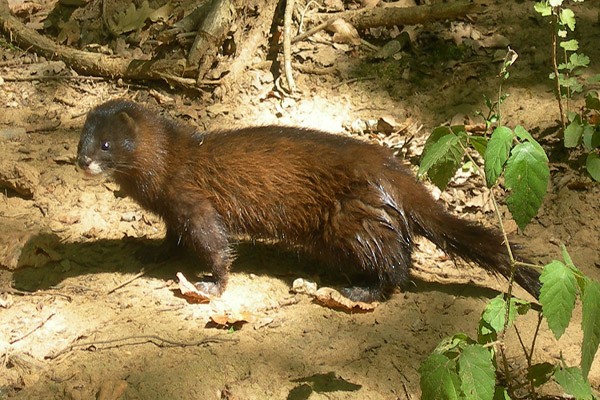 The European Mink is a small mustelid considered the most endangered mammal in Europe. It lives in different types of aquatic environment (rivers, streams, canals and lakes) lined with thick vegetation. The mink makes its dens in amongst brambles, piles of branches and trunks, reed beds and areas with dense vegetation, often making use of hollows created by other animals, holes in trees and gaps between roots, where it piles up dry leaves, feathers and fur. It lives in places where potential prey, such as fish, amphibians, crayfish and small mammals, abound.
Its life cycle is closely related to the river ecosystem, so its presence is strongly conditioned by the extent to which rivers are altered.