Last Monday, Luis Sanz Azcárate, Manager of GAN-NIK – Environmental Management of Navarra – Nafarroako Ingurumen Kudeaketa, visited the second year high school students – Earth and Environmental Sciences subject – from the Toki Ona Institute of Bortziriak. And he presented them with various materials from the LIFE IREKIBAI Project, among them the books Aquatic fauna of the Bidasoa / Bidasoaren basin arroko urtar fauna and Fluvial flora of the Bidasoa / Bidasoaren arroko ibai-landaredia basin. The young people and their teacher, Maite Arzuaga, thus receive a deserved recognition for their participation throughout the project.

The students of the Toki Ona center have participated throughout the process of the LIFE IREKIBAI Project, including the final seminar, held on November 25, in which the conclusions of the project were announced. The presence of this young group at the closing of the project attracted attention among the more than 100 experts attending.

The LIFE IREKIBAI project began in 2016 with the aim of eliminating the fragmentation of important sections of the main river and tributary axes and has recovered several kms of impounded sections, promoting more natural and diverse habitats. The actions carried out have positively affected several of the fish species that inhabit our rivers, highlighting the evolution observed in the Atlantic salmon (Salmo salar) that already reaches the upper part of the Bidasoa.

IREKIBAI has made an important effort to sensitize the local population, launching actions aimed at promoting information, awareness, public participation, volunteering, a program for schoolchildren and the dissemination of results, among others.

The project has sought local participation and citizen involvement in the knowledge and understanding of the natural and cultural values of its environment. In this sense, it is noteworthy that the Toki Ona Institute has participated in different days of the participation process “Building the future of our rivers together”. The motto synthesizes the idea of working from a new way of relating to different actors and diversity of discourses; He has also participated in the school program developed, with visits to the Lesaka-Bera Nasa or visits to the river with the students of this Institute. Through the school program they have been actively involved in the knowledge of the environmental values and services that our rivers provide.

For Luis Sanz, manager of GAN-NIK, “it is very relevant to have been able to count on the participation of this group, which highlights the educational and training value in the environmental field of projects such as LIFE IREKIBAI.”

For her part, Maite Arzuaga expressed her gratitude on behalf of the Toki Ona Institute and the students, valuing very positively “being able to bring the students closer to projects to improve the environment as part of their education since they can contribute their grain of sand without forgetting that they will be responsible for their care tomorrow”. The students highlighted the idea that “the project has helped them to analyze, interpret and value the environment in which they live.”

The LIFE IREKIBAI project has partners from the Basque Country (Gipuzkoa Provincial Council, URA and HAZI Foundation) and Navarra (Government of Navarra through Environmental Management of Navarra GAN-NIK), who combine their capacities and competencies to guarantee the status of conservation of habitats and species of community interest in Natura 2000 sites located in the Bidasoa and Leitzaran river basins. The European financial instrument for the environment LIFE finances 60% of this project (LIFE14 NAT / ES / 186 IREKIBAI), has had a total budget of € 2,999,372 until this year 2020. 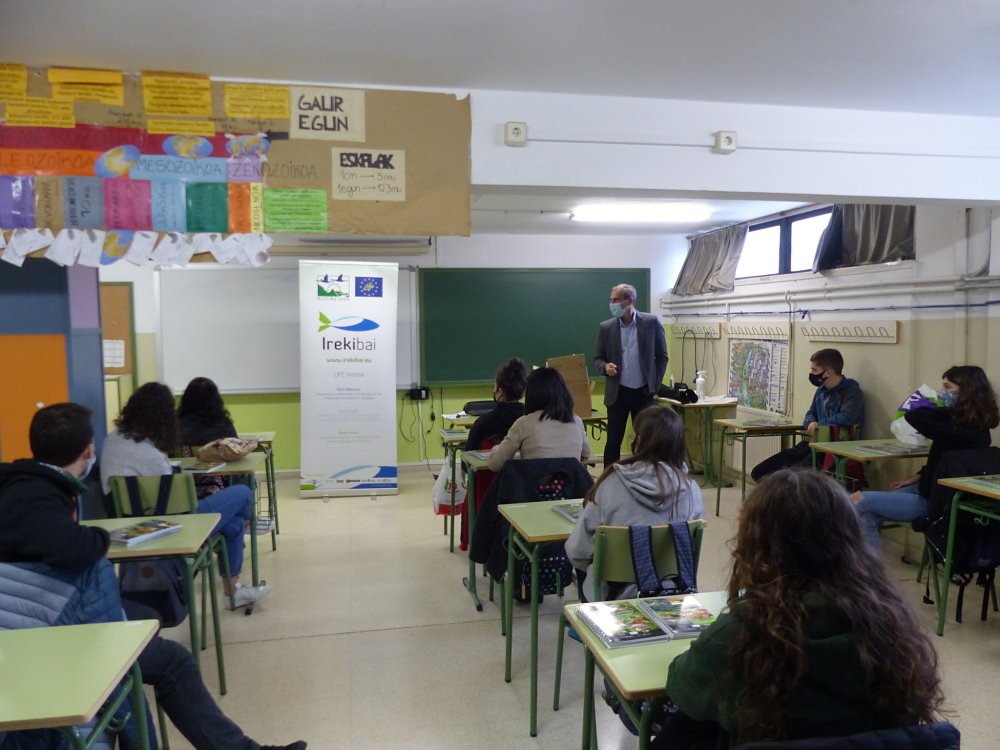 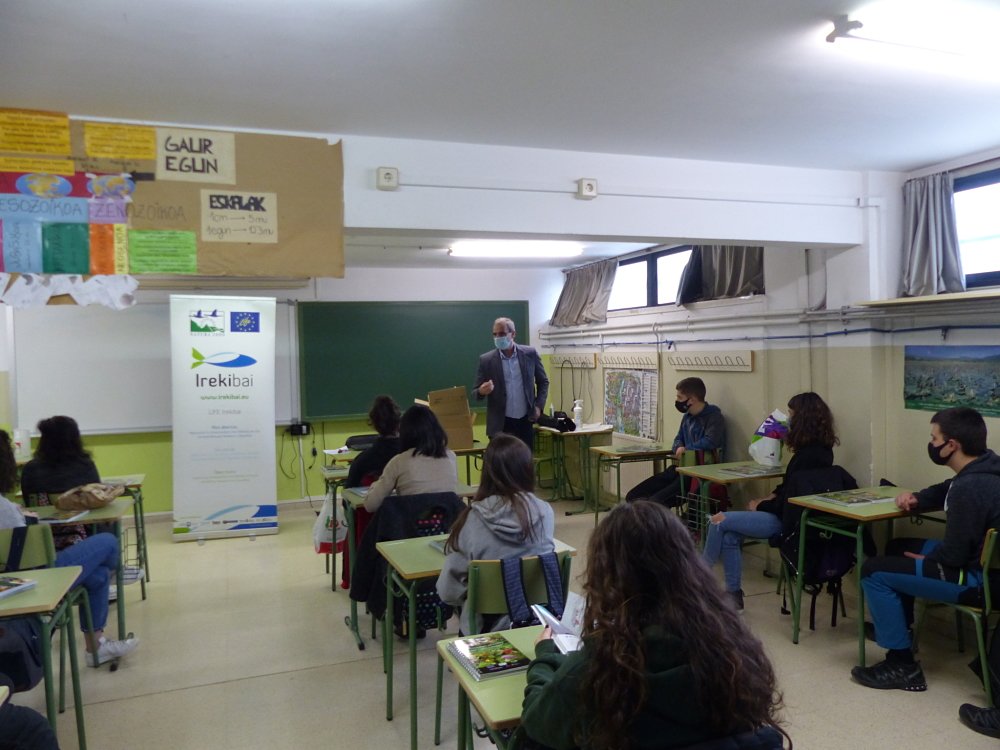 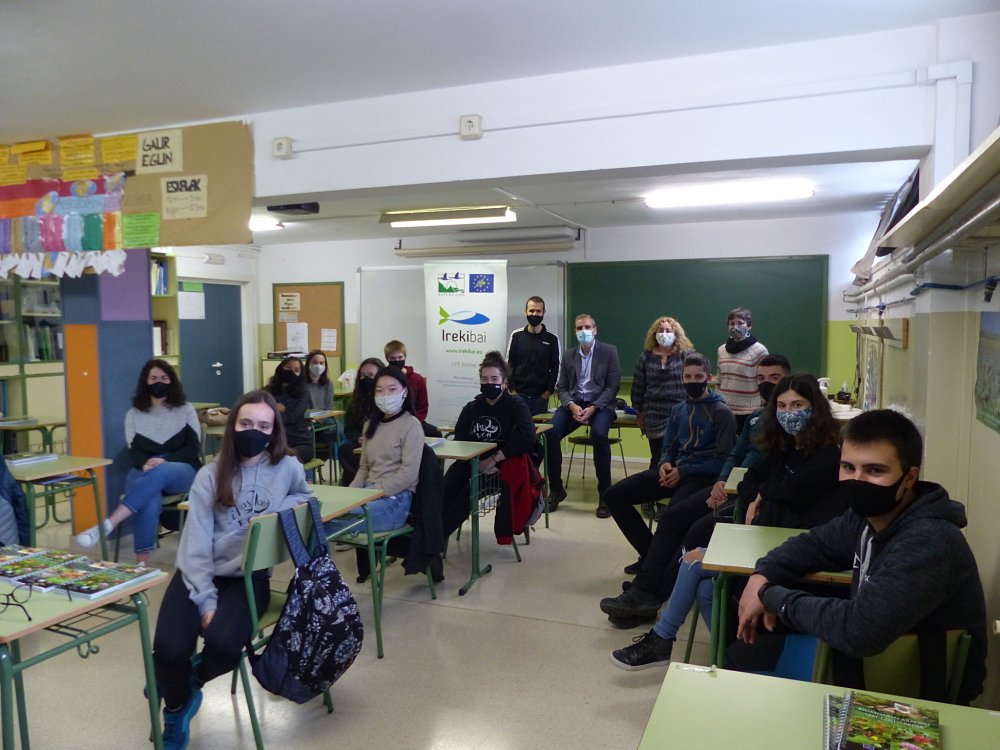